Which Binocular Magnification is Better: 8x, 10x or 12x?

When choosing a binocular for any given situation many wonders on which binocular magnification is better for them. Because there are various kinds of ranges available in terms of magnification. And, of course, the fields of use are also different. So, it becomes a matter of concern for any hunter, bird watcher, wildlife observer, or even astronomer. Also, people become confused to select one for use in general-purpose like watching sports or concerts.

Well, the answer depends on what type of situations will it be used for. Because there are certain factors that are associated with the magnification that play vital roles. Like the field of view, mounting options, lens size, etc. Here we will discuss all of that and find out the perfect magnification for each condition. Keep reading!

Which Binocular Magnification is Better for You So, which magnification is better in each condition?

Which Binocular Magnification is Better for General Use

If you are going to buy a binocular for using them in general-purpose, then the perfect magnification range will be 7x to 10x. People who just love to keep binocular with them while wandering around the neighborhood can select those ranges. Binocular with less magnification will create a sharper image and the field of view will be wider. So, you can watch a moving object with relative ease.

Also, the greater magnification is good for an object that needs to be viewed very closely and be inspected thoroughly. In those situations, these are very handy. For a general-purpose tool, you don’t need to expend a lot. There are many quality compact binoculars that are available on the market. Choose one of them.

Which Binocular Magnification is Best for Hunting

In a hunting adventure, a good level of magnification is a must for any hunters or shooters. For that, the best range will be from 10x to 12x. If you are hunting a very fast-moving game, then a lower magnification will be good. But, you also need to keep a certain distance from those animals as they must not see you. So, lower magnification can’t be that lower too as you need to watch them from a distant place. That is why for a moving target, hunters should use a binocular with around 10x magnification ability.

On the other hand, there are some animals that aren’t that fast or move slowly around the gazing areas. Like wild bull and other games. For them, you need to select a binocular with higher magnification like 12x. With those, you will be able to watch them very clearly and pick the shooting spots. In general, a distant slow-moving object requires a higher magnifying binocular and a closer fast-moving object requires lower magnification. Because the higher the magnification the narrower the field of view will be.

Which Binocular Magnification is Best for Bird Watching

Bird watching is a really wonderful event that can please any nature lover by opening the horizon of vast magnificence to them. Binocular is a must-have for any bird watcher or wildlife observer. People who love to watch birds always equip themselves with multiple viewing objects. Binocular is one of them.

If you want to watch the birds or wildlife to have a closer look and really observe them, then a high magnification like 10x to 12x is recommended. That way you can pick the variation of colors and identify them to the point. Of course, you will need to have a steady hold of the binocular while you use a large magnification. Otherwise, the view will be distorted and a sharper image will be hard to get.

Most of the bird lovers use 8x magnification as there are bright pictures and large area coverage for them. When they are on safari or other wildlife observation, they tend to choose a bigger magnification. So, the choice of hunting binocular is really up to the demanded situation.

Which Binocular Magnification is Best for Astronomy

In astronomical purposes, you will need a binocular that can give you a sharp and prominent view of the sky and its objects. Although astronomical people use a telescope for viewing the objects in the space, binoculars are also very popular amongst them. Binoculars are really comfortable to use and can offer great flexibility too. Besides, for a telescope, you can only use one eye for watching the stars and galaxies. But, in binocular, you use both of your eyes which is really comfortable.

A wider field of view can gather a large amount of light. So, in finding a dim object like the galaxy Andromeda or any other objects like nebulae, that comes really handy for the watcher. That is why a large objective lens like 70mm would be a good choice for you. In general, a standard quality night time binocular has an objective lens with a diameter of more than 30mm. Likewise, the magnification is lower.

When you are holding a binocular for a long period of time, you may get tired. That is why a tripod can be the best solution for watching stars and other space objects. Also, large magnification is harder to look for longer periods at a stretch. So, choose according to your needs and situation.

Which Binocular Magnification is Best for Sports & Concerts

Watching a game like a golf, football or other sports becomes easy and enjoyable if you have a binocular with you. You can easily track the events and watch very closely and clearly what is happening out there. In those situations, you must use a wide field of view binocular to have vast coverage of the events. Huge magnification isn’t required here. That is why a 7x to 10x magnification would be a good option for watching a sport with comfort.

Likewise, an event like a concert and other musical gatherings may need a magnification of 3x to 7x for you. Because you don’t need to focus on details and a minimum amount of magnification is enough for you. So, any regular level of binocular can be a good option for you. If you want a clear look at the singer or artist, then increase the level of magnification.

Accessories You Need to Consider

When you are using a binocular for a long period of time, it may be difficult for you to hold it steady. So, the image may get distorted and shaky because of that and you may feel numbness in your arm. That is why a proper tripod and tripod mount can be some very good accessories for you.

A tripod is a stand having three legs on which you can place the binocular and watch the objects without any vibration. A tripod mount is also necessary for attaching the binocular with the tripod properly. In most cases, you will find a good mounting option for your binocular. Some of them come with a new binocular to be used on a tripod.

In stargazing sceneries and for long-distance looking, a mounting tripod is really needed. A neckband is also required for keeping the binoculars attached to it and around your neck when not using it. Normally that comes with the binocular. A good harness for your binocular can also be a good decision.

When choosing a binocular you must always give preference to the demand of the situation. Don’t be fooled by the price of the binoculars. You must pick the right items for the right occasions. If the binocular is cheap, don’t think that it has no quality. I hope you have a clear idea about the probable situations and the right magnification of your binoculars by our guidelines. If you have further queries, don’t hesitate to write to us. Enjoy the view of your binocular! 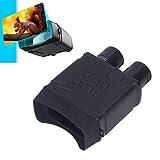 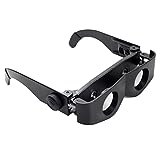 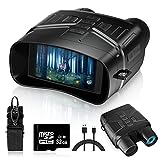 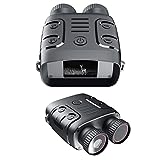